A Guide to Wild Animals of Colorado

Never mind a trip to a wild animal sanctuary or a zoo. If you want a chance to see wild animals, all you need to do is visit Vail, Colorado. Located amidst the White River National Forest, the small mountain town of Vail serves up big opportunity for wildlife viewing in its natural habitat. Check out some of the most popular wildlife you’re apt to see on your trip to this Colorado paradise.

A number of wild animals are native species to Colorado, something that makes wildlife viewing even more meaningful and fun. We rounded up some of Vail’s most notable to give you a good feel for what’s in store. 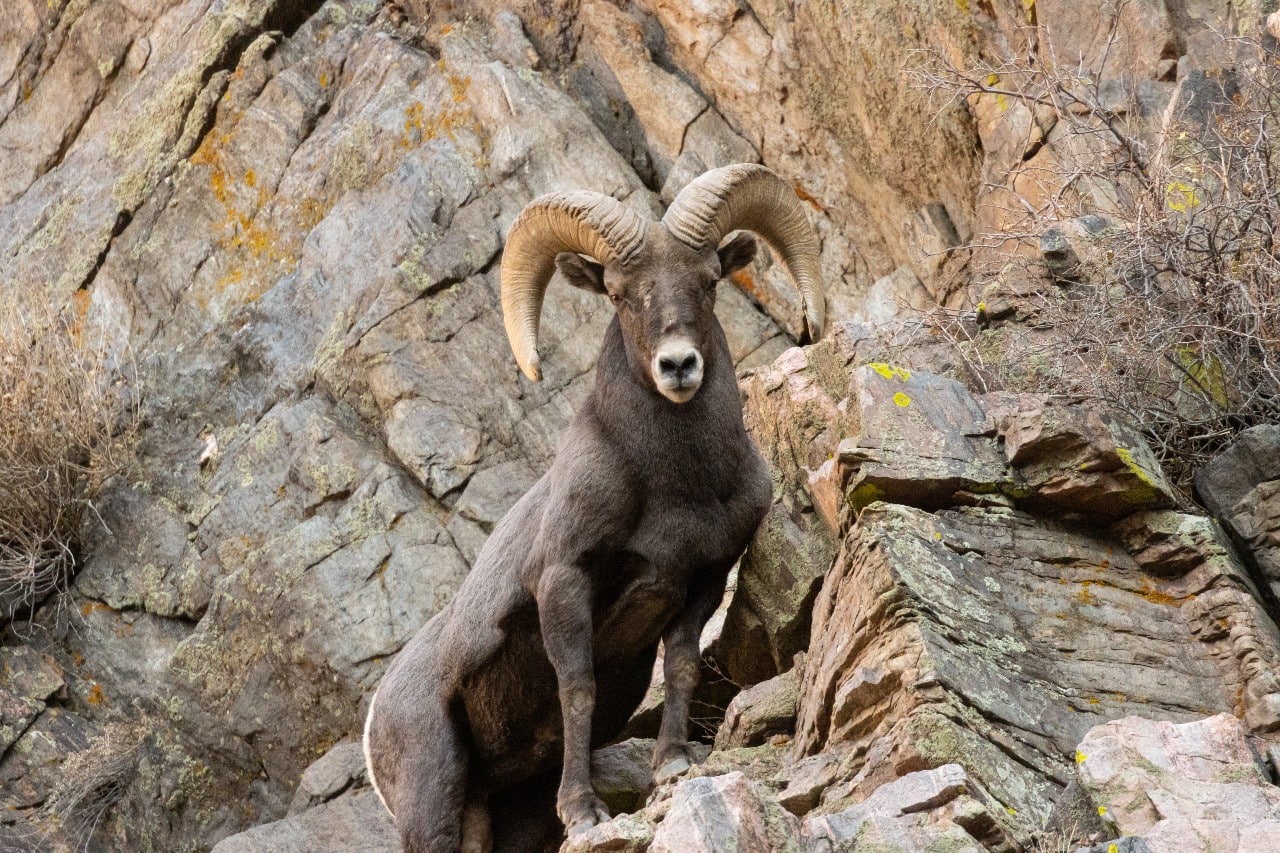 With long, curled horns and the ability to stand on cliffs as narrow as 2 inches wide, Rocky Mountain bighorn sheep are a sight to behold. Evidently other people thought so, too, as they are the official state animal of Colorado.

One of only four sheep species that live in North America, bighorn sheep are the only sheep found in Colorado. Bighorn sheep typically weigh between 100 and 300 pounds.

Unlike other horned animals like elk and deer, bighorn sheep don’t shed their horns every year. The horns simply continue to grow…and grow…and grow. Male bighorns, or rams, are the ones with the big, curly horns. Female bighorns, called ewes, have smaller, straighter horns that aren’t nearly as formidable. 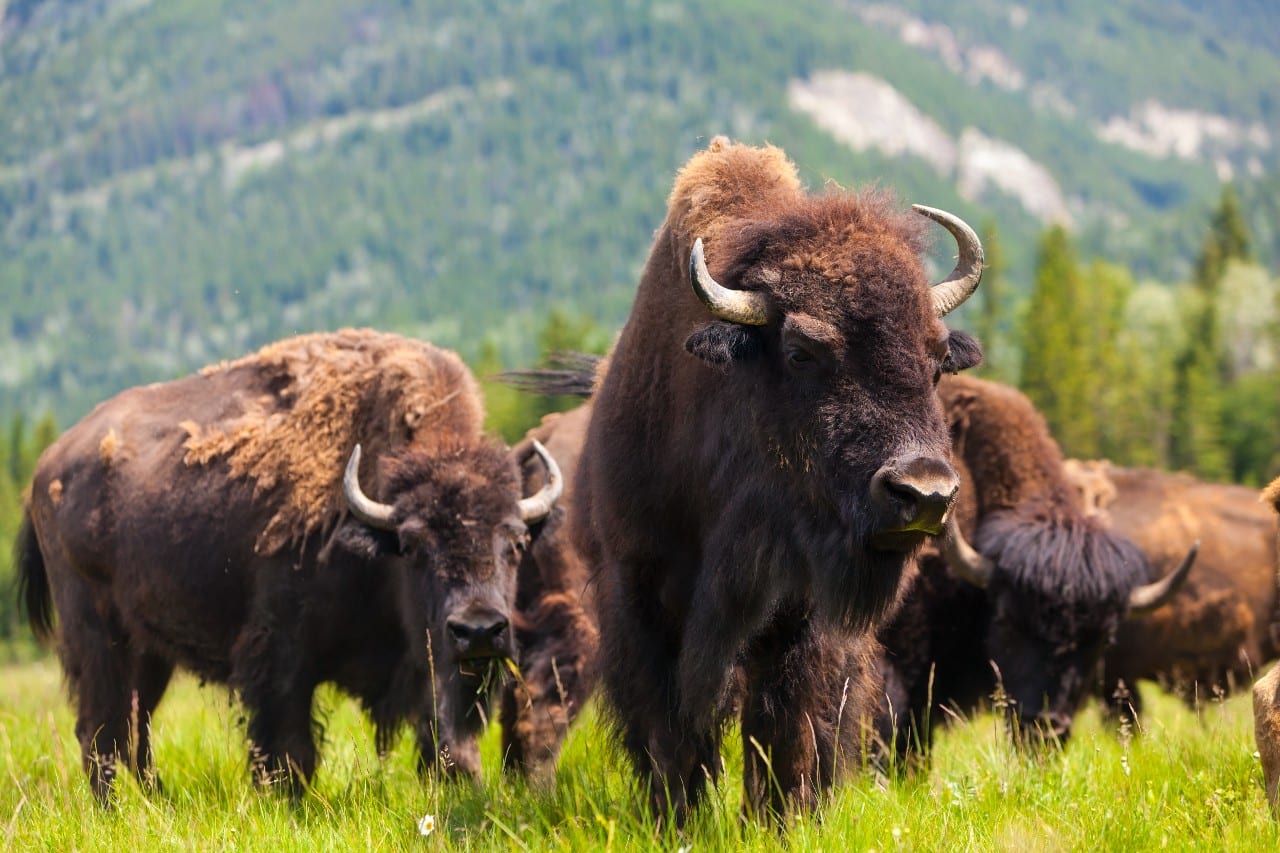 Which weighs more: A bison or a piano? If you said the bison, you are correct. In fact, bison can weigh up to 2,200 pounds – which is nearly three times the weight of the average piano.

These massive mammals can reach up to 6.5 feet tall, and they’re no slouch when it comes to moving around, either. The American bison can hit speeds of up to 40 mph if it ever feels the need to run. Talk about a stampede!

Bison nearly became extinct due to extensive overhunting, but Colorado has been making concerted efforts to help the population bounce back. The state is home to several wildlife preserves, which can double as a wildlife animal sanctuary to help protect a number of native species across the region.

American Bison Fun Fact: Bison not only weigh more than a piano, but they’re bigger than one, too. Bison are the largest mammal in North America. 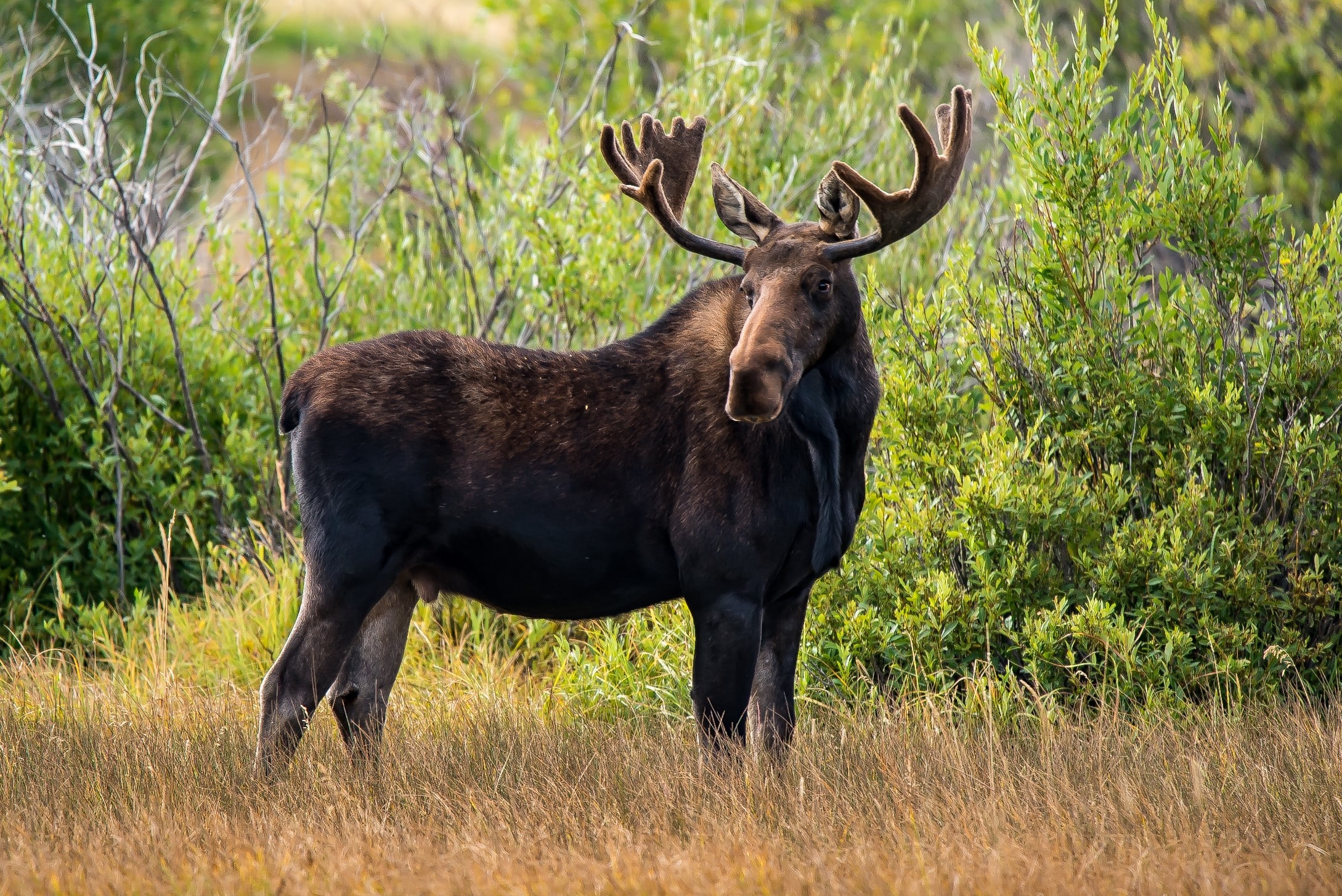 Moose are mighty and magnificent – but they can also be mean and dangerous, unlike the always friendly Bullwinkle. Moose are herbivores, eating pretty much any type of vegetation they can get their mouths on. Their “moose” designation actually means “twig eater,” from the Algonquin words “moz” and “mons.” Moose hair is hollow, which helps them stay afloat while swimming. It also keeps them warm in the winter. Colder climates are a moose’s dream, which is why the snow-covered mountains around Vail are ideal in the winter.

Vail’s summer temperatures are also tolerable for moose, and the beasts can always head to a body of water to cool off if things get too hot. Although moose can live up to 20 years in the wild, more than half are typically killed as calves by bears, wolves and other predators.

Moose Fun Fact: Moose can swim. In fact, they can dive 20 feet under the water and hold their breath there for 30 seconds. 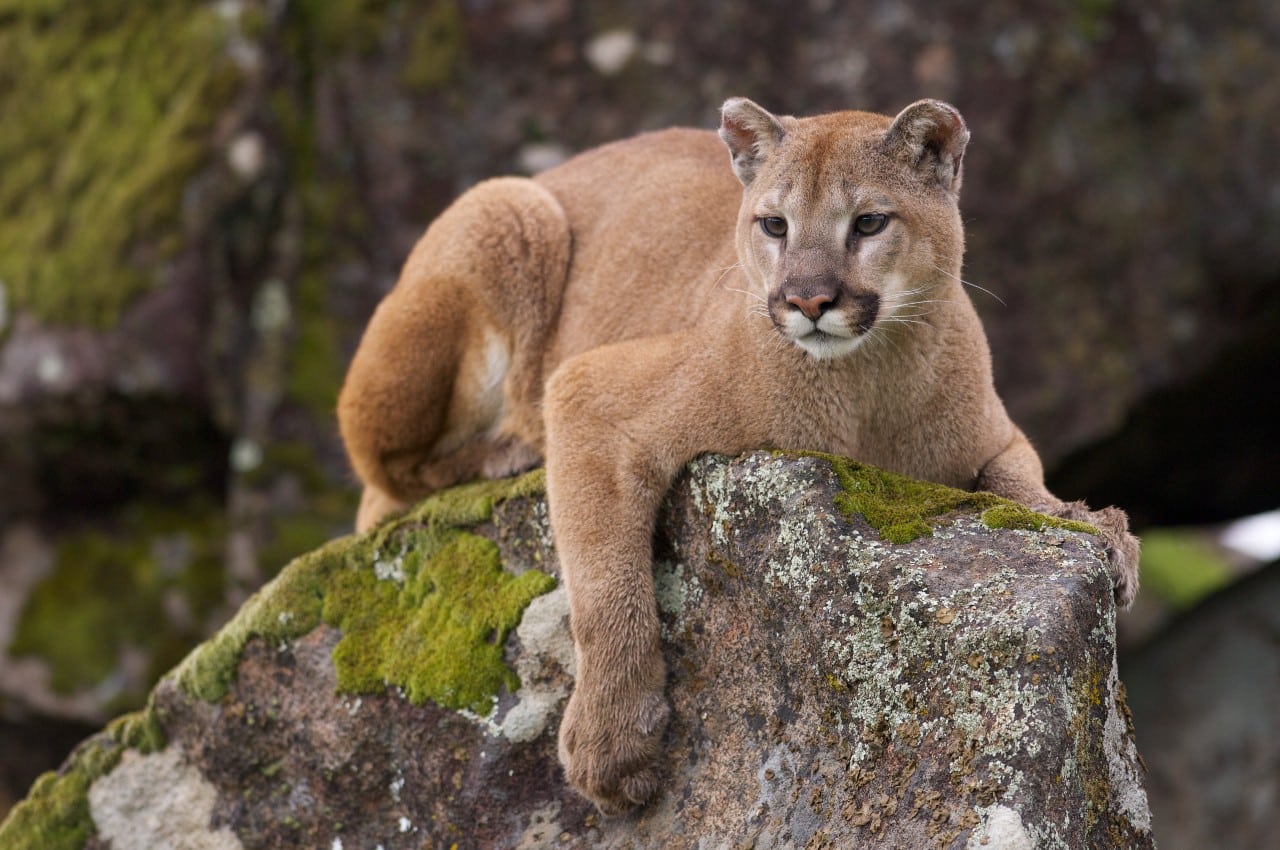 Yes, mountain lions can be dangerous animals – but they’re also one of the least seen wild animals in the entire state. That’s not to say they don’t exist. They’re just stealthy and prefer to stay hidden.

Their coloring blends in seamlessly in areas with dense pines and bush, which are their favorite hangouts. Also called pumas, panthers or cougars, mountain lions reach up to 8 feet long and weigh up to 150 pounds.

Even though mountain lions hunt deer and elk – not humans – attacks can happen if the lion feels scared or threatened. 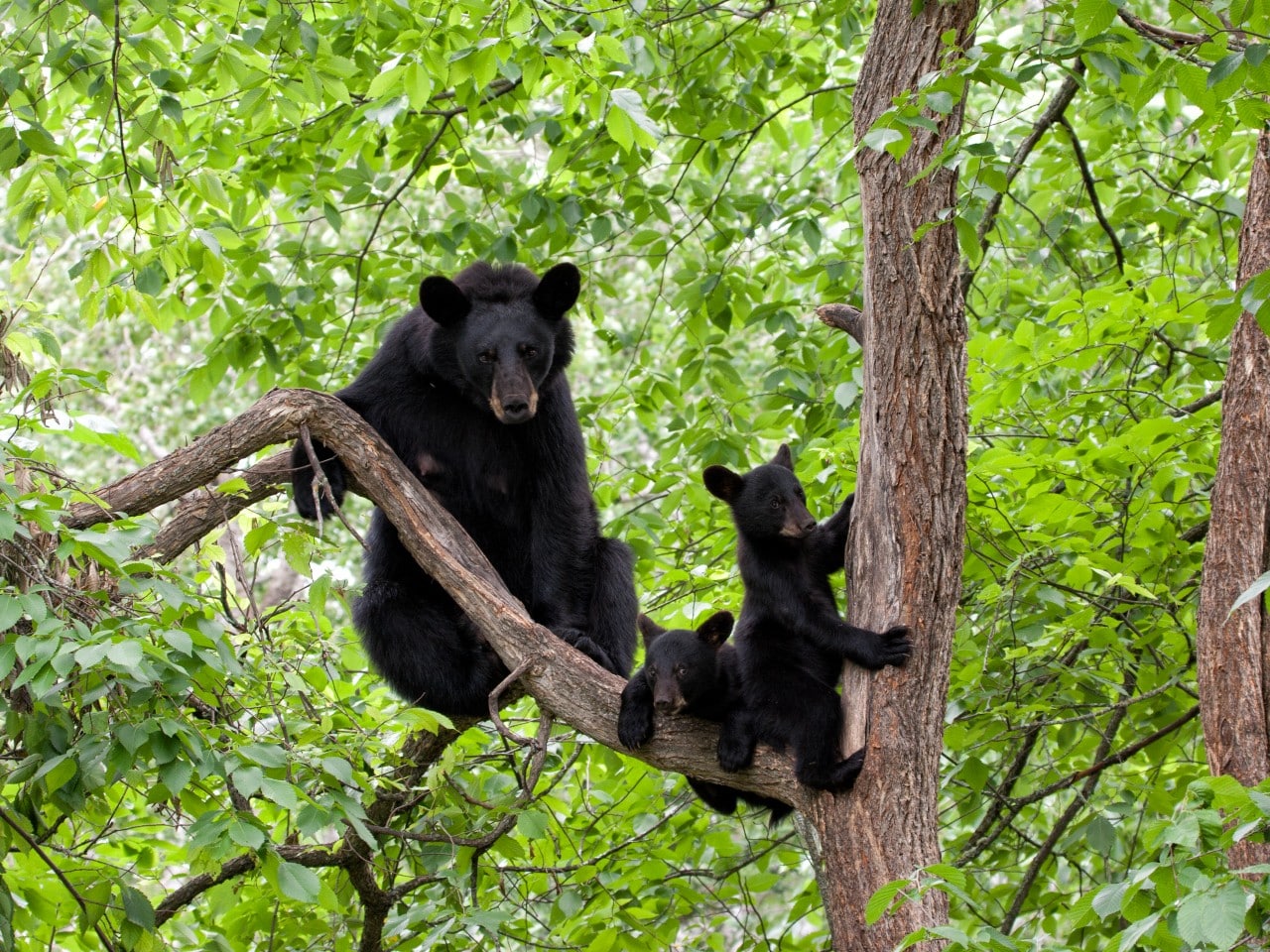 Although a dangerous animal, black bears are not as aggressive as their grizzly bear cousins. That doesn’t mean, however, you should run up and hug one. They are known to become aggressive when it comes to protecting their cubs.

Short, stocky and reaching around 5 feet tall when standing on their hind legs, black bears can weigh in at 275 pounds. They are quick on the ground and extremely adept at climbing trees.

As omnivores, black bears eat a variety of foods. Nuts, fruits, seeds and greens are some of their favorites – and they’re keen on picking up the scent of food from several miles away.

Since Colorado boasts more than 400 species of birds, we’re not going to name them all. But we are going to give you a quick rundown on three that make it onto the most popular wildlife list.

Bald Eagle: Found only in North America, bald eagles stand about 3 feet tall and have a wingspan of 6 to 7.5 feet. The only North American bird larger than the bald eagle is the California condor. 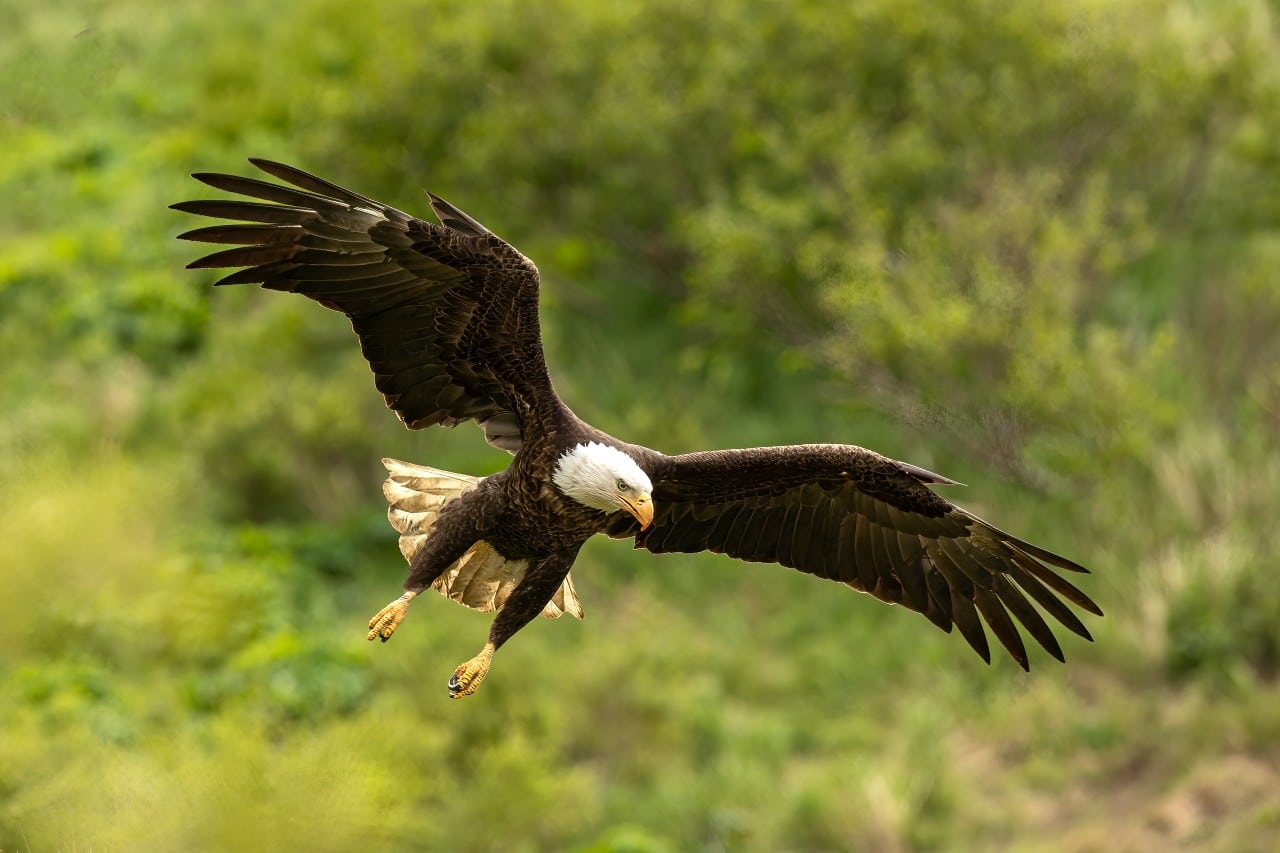 Golden Eagle: Another large bird of prey, golden eagles are about the same size as bald eagles, with wingspans that reach up to 7 feet. Adult females are actually larger than the adult males. Fast and agile flyers, they can reach diving speeds of up to 200 mph. 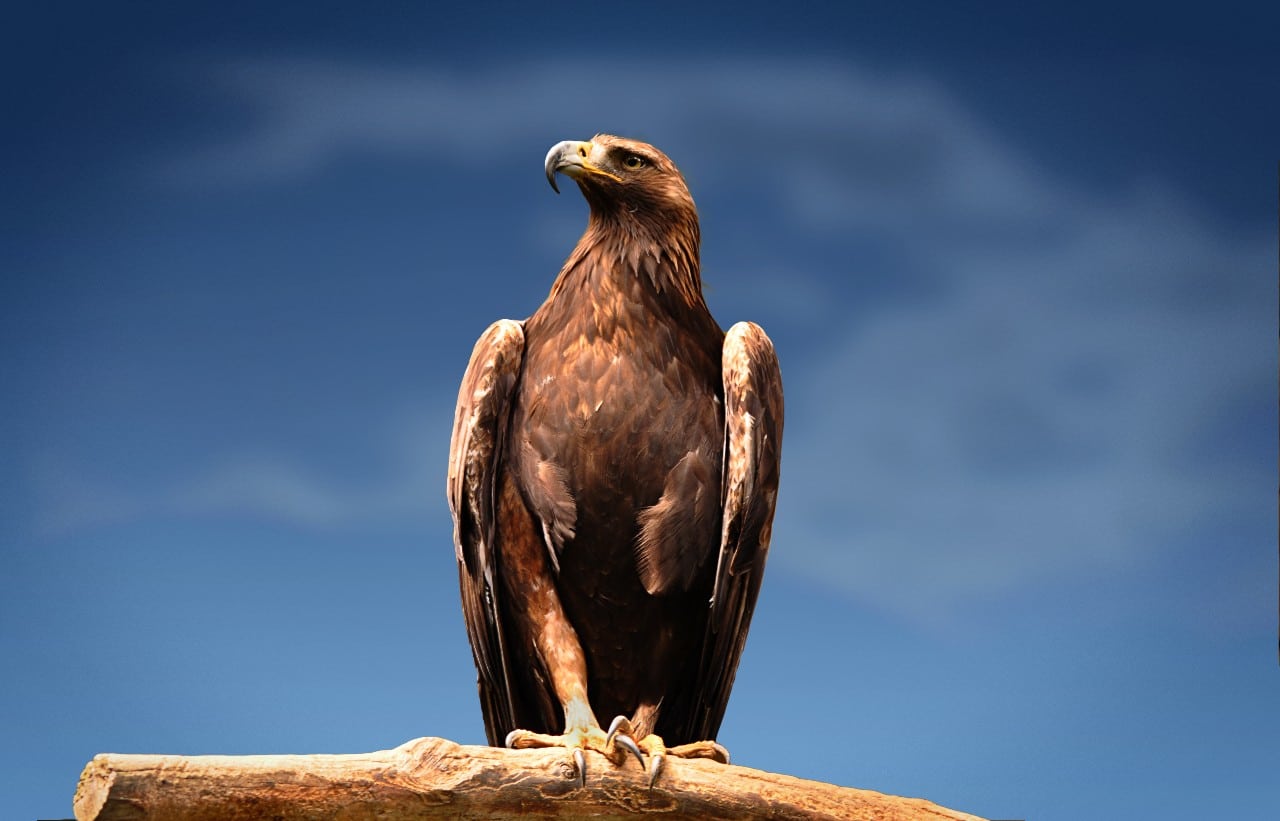 Lark Bunting: As Colorado’s state bird, the lark bunting definitely gets a mention. Members of the sparrow family, lark buntings are about 5 to 7 inches tall with a wingspan of 11 inches. Males have a dark body with white wings. Females have a brownish grey body and stripes. Both, quite frankly, are adorable. 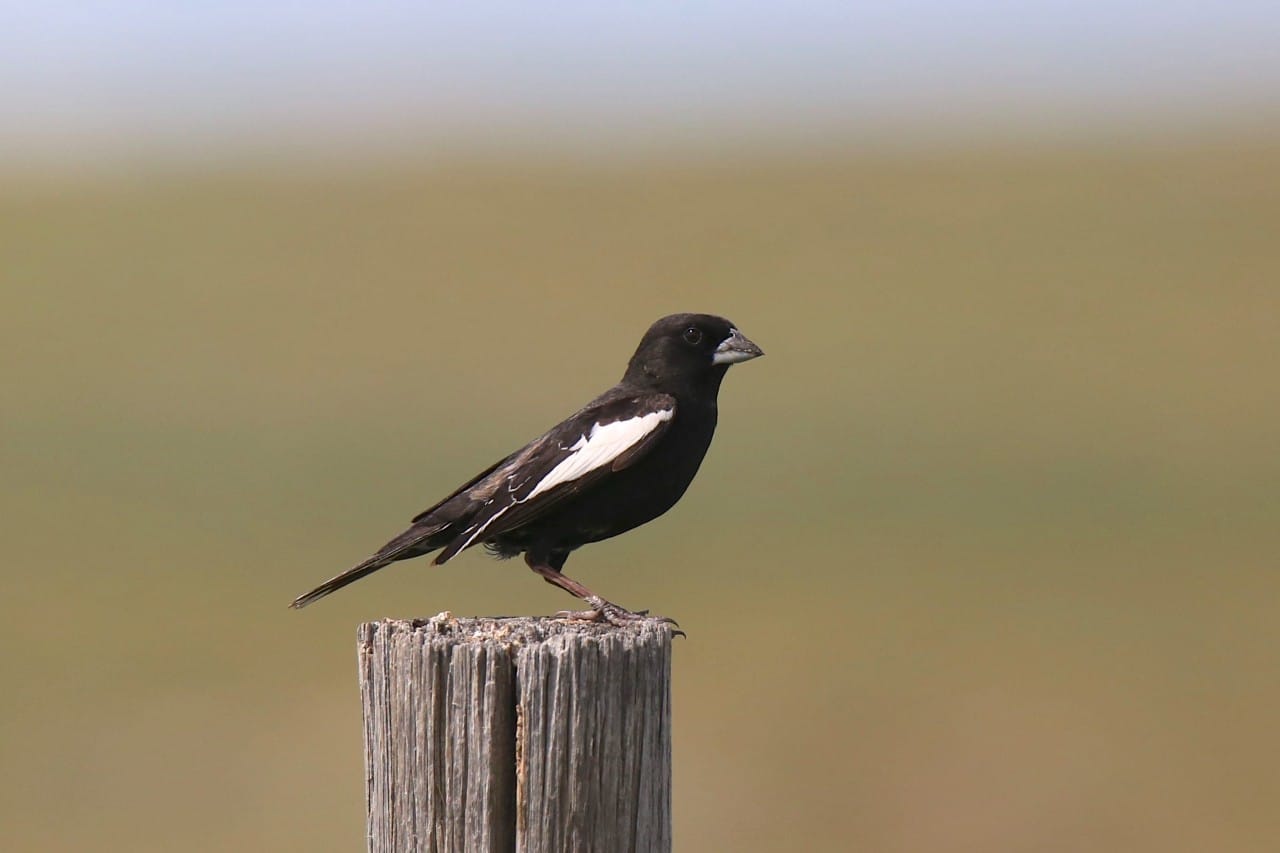 Colorado Bird Fun Fact: The golden eagle is actually brown. It’s called golden due to the tuft of yellow feathers on its head. 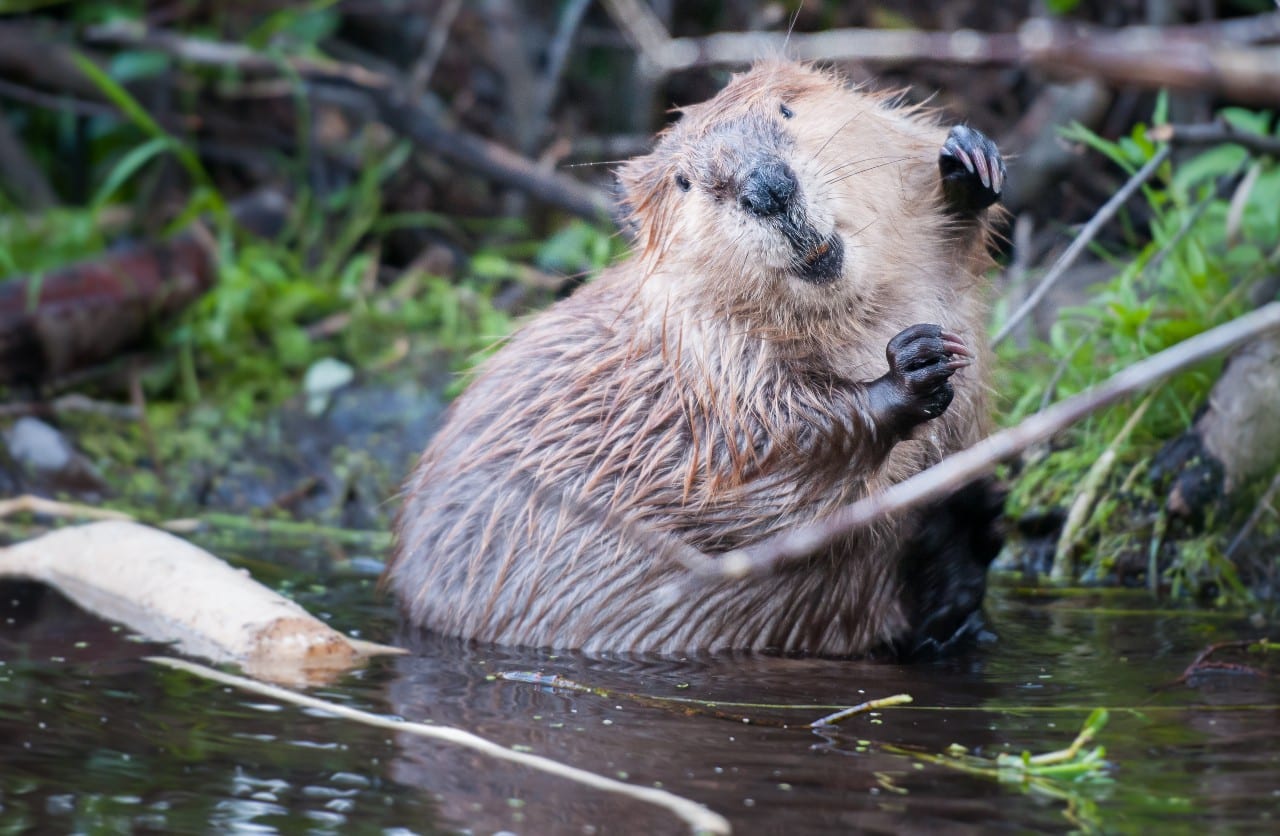 Wildlife viewing of the North American beaver may be hard to come by but spotting a dam along a waterway lets you know they’ve been as busy as ever. Sweetly referred to as “nature’s engineers,” beavers are talented builders indeed.

They build dams as well as lodges. Their lodges usually have insulated walls, floors covered with a comfy coating of wood shavings, and a small air hole on top for ventilation.

Beavers are also incredible swimmers, with the ability to hold their breath for up to 15 minutes under water. About 4 feet long and weighing up to 40 pounds, beavers are much swifter in water than they are on land.

North American Beaver Fun Fact: Beavers have orange teeth. No kidding. Not from drinking too much orange soda, but from a protective enamel coating that’s rich in iron. 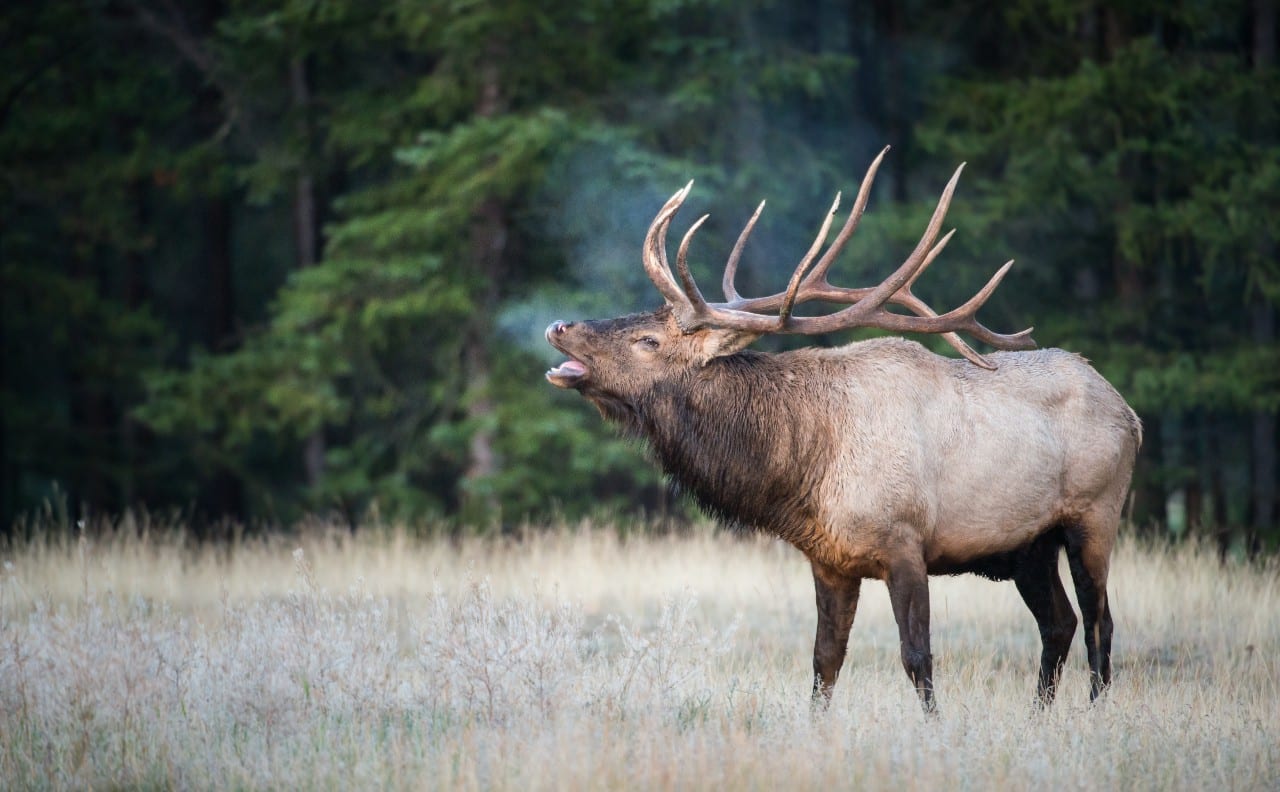 If you see a giant pair of antlers attached to a big deer-like creature, you’re most likely looking at a male Rocky Mountain Elk. Elk are some of the most popular wild animals seen in and around Colorado, and they are certainly a sight to be seen.

The average male, or bull elk, weighs in at a hefty 700 pounds. He’s the one with antlers. The females, or cow elks, lack antlers. They tend to tip the scales at 500 pounds. Either way, you want to avoid human encounters as they may charge when they feel threatened.

Rocky Mountain Elk Fun Fact: A set of antlers from a mature bull elk can weigh about 40 pounds. That’s 10 pounds more than the bighorn sheep’s horns! 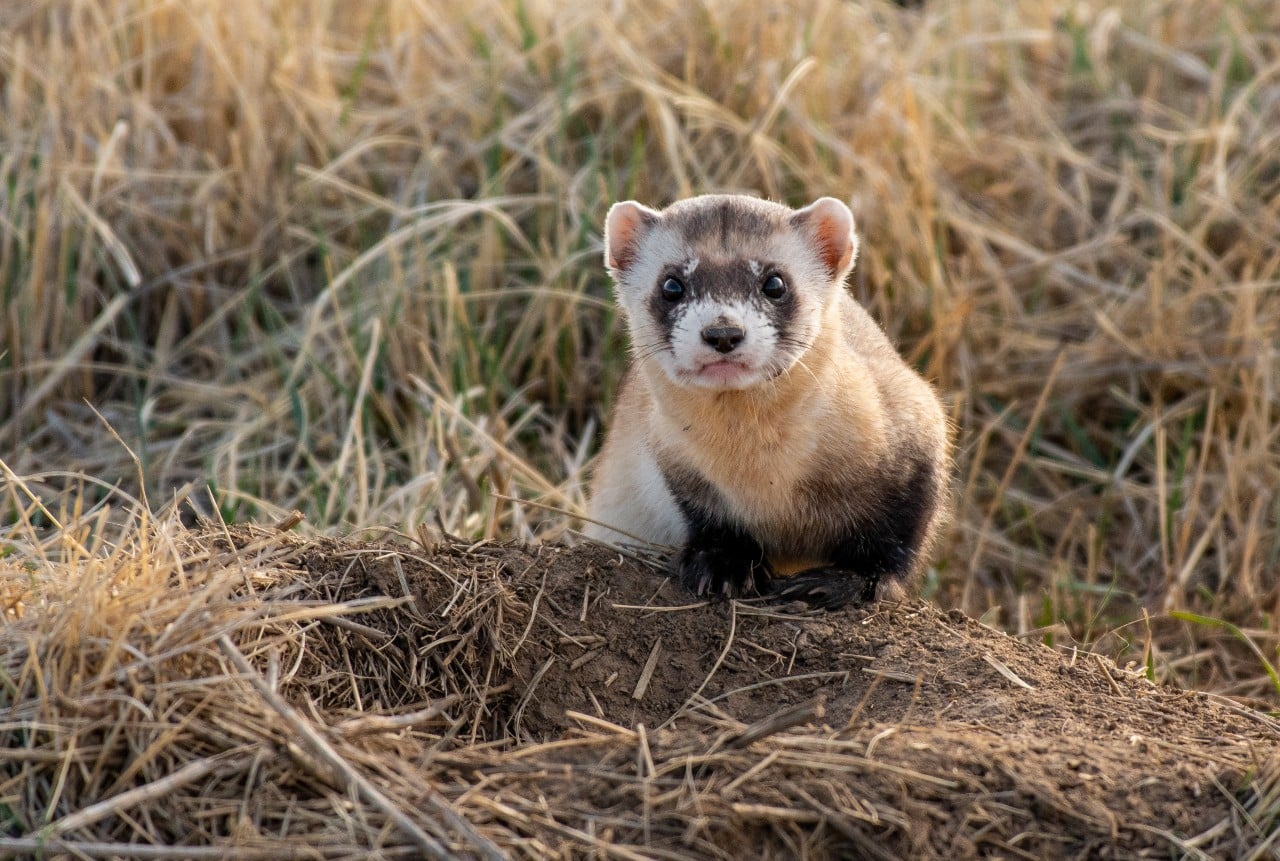 Although efforts have been made to protect and preserve many native species throughout the state, several wild animals are still on the endangered species list. A few notable ones include:

Black-Footed Ferret: Also known as the American polecat, this is the only ferret native to North America. This small mammal hunts and steals the homes of prairie dogs.

Wolverine: When you think wolverine, you may think Michigan – not Colorado. But there may be as many as 100 wolverines living in Colorado. A rare native species, they were once thought to be extinct in the Rocky Mountain State.

Kit Fox: Deep-set eyes and a tiny frame are the claims to fame of the kit fox. That, and their very large, very delicate ears.

Where May You Find a Wild Animal

When it comes to viewing Colorado wildlife in and around Vail, Vail Mountain is tops (pun not intended). Even though Rocky Mountain National Park may be some 160 miles from town, the Rocky Mountains extend onward toward Vail.

Ride a gondola up the mountain and you might spot mule deer and black bear on and around the ski trails. Colorado wildlife may also venture from their natural habitat to visit the more urban areas of Vail.

Gore Creek doubles as a wildlife haven, especially in the summer. People have spotted deer, black bears and even a mother moose and calf cooling down near the water.

What to Do if You See A Wild Animal

Although harmful encounters with area wildlife are not something that happens every day, you still want to avoid human contact with wild animals. This way there are no wildlife issues, only wildlife enjoyment.

Respect Wildlife is principle six of the Seven Leave No Trace Principles.

Do’s and Don’ts for Respecting Wildlife

Some of the most glorious and popular wildlife in the U.S. can be found right here in Vail. Take a bike ride, hike or stroll through the area’s natural beauty to see for yourself. You can also gather more info on Colorado native species by visiting the Nature Discovery Center at the top of Eagle Bahn Gondola on Vail Mountain. There are so many reasons to visit Vail, and the array of amazing wildlife species is definitely one of them.

How to Get in Shape for Skiing and Snowboarding

A Guide to Fly Fishing with Kids