History of The Town of Vail


The founders of Vail stopped at nothing to make their dreams a reality. It was with the hard work of a strong community that transformed Vail into what it has become today. Explore the significant happenings on the timeline below. Vail offers a walking history tour where you can learn about Vail’s history first hand.

The Ute tribe first inhabited what they referred to as, “The Shining Mountains” (due to the majestic peaks) long before settlers moved west. The valley offered a cool summer retreat for the Utes, who spent harsh winters in the more arid land of western Colorado. By the mid-1800s, the first white settlers arrived in the Gore Valley, forcing the Native Americans to flee. 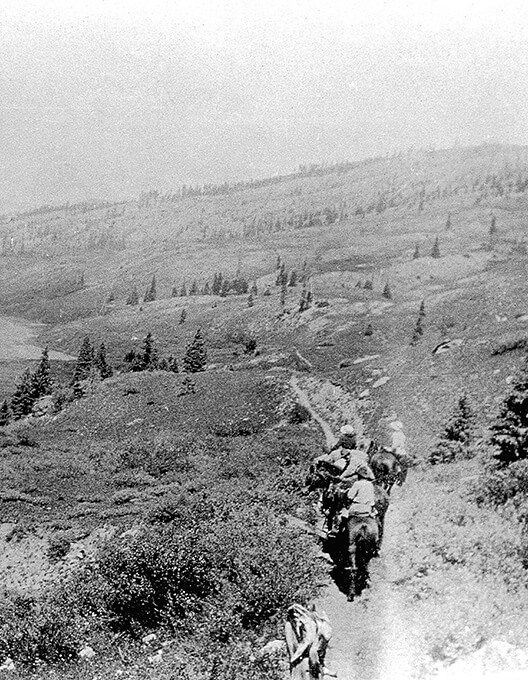 Gold and The Back Bowls

By the 1870s, the Gore Range was attracting fortune seekers as the news spread that its hills contained both gold and silver. Mines were set up, and railroad tracks laid down to transport the precious metals. The greedy intruders drove the Utes from the land; upon their departure, the Utes allegedly set fire to thousands of acres of trees, resulting in the deforested area today known as Vail’s famous Back Bowls.

It wasn’t long before the miners depleted the area’s mineral resources and abandoned the valley. It remained a peaceful home for sheep ranchers until 1939, when construction began on Highway 6, running from Denver through the Gore Valley. Charlie Vail, the project’s engineer, lent his name to the road–the Vail Pass–and eventually to the Town of Vail, too. 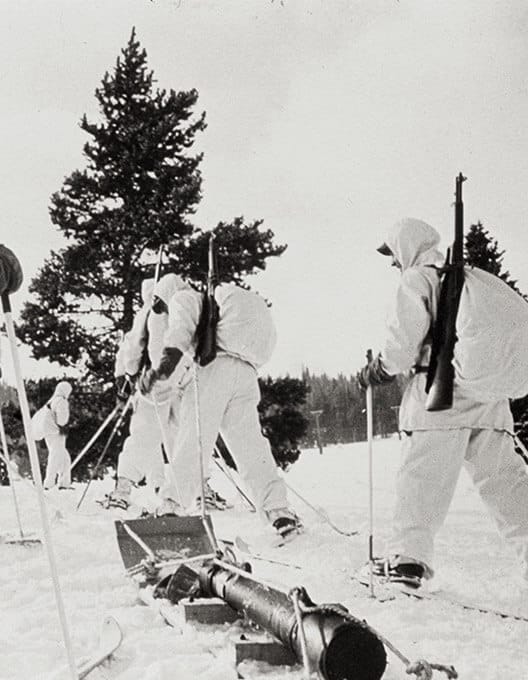 During World War II, the Army’s Tenth Mountain Division used the Vail area for backcountry survival training. After the war, many of the men who trained there were drawn back to the mountain valleys. Pete Seibert, one of Vail’s founding fathers, was one such veteran; he returned to the Valley along with fellow troopers Bill “Sarge” Brown and Bob Parker. The three vets shared a great vision of a mountain ski community. In 1954, Earl Eaton, a uranium prospector with a similar vision, teamed up with Seibert to draw up a plan for a ski resort. 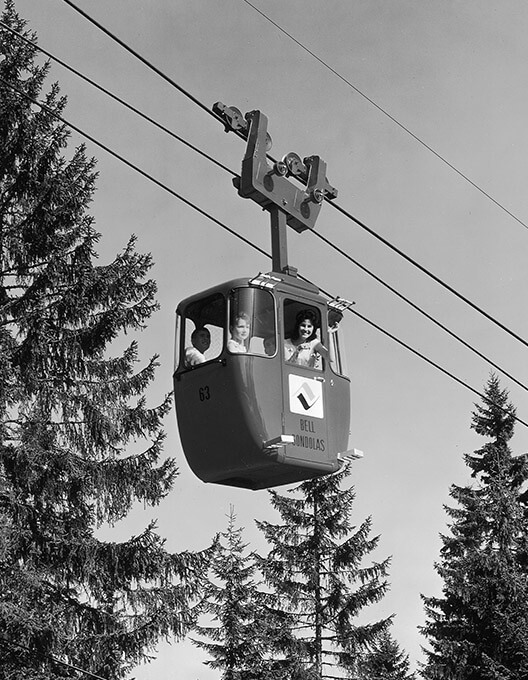 The First Gondola in the US

Construction began in spring 1962, and by fall 1966, the Town of Vail was incorporated. Vail had the first gondola in the United States, along with two double chairlifts and a beginner Poma lift, serving six square miles of terrain. Several restaurants, hotels and a medical clinic opened their doors soon thereafter. 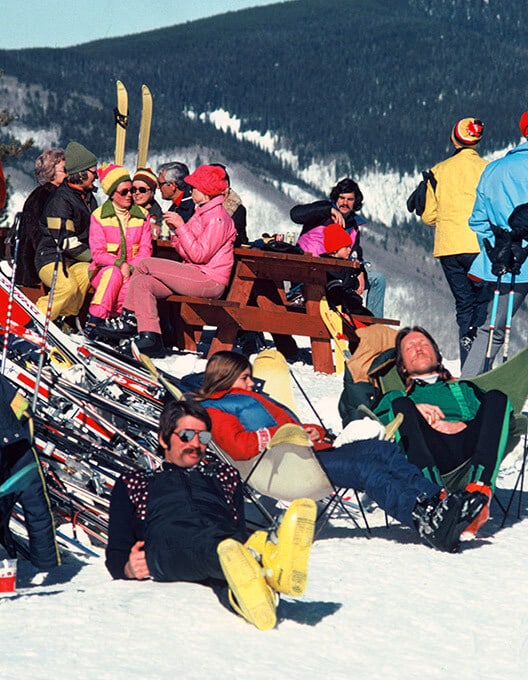 By the mid-1970s, discriminating skiers had discovered Vail, and the town had earned the reputation as one of Colorado’s best ski areas. When Gerald Ford, who owned a house in Vail, became President of the United States in 1974, the ski town made front-page news. Vail was soon recognized worldwide as the ski resort. 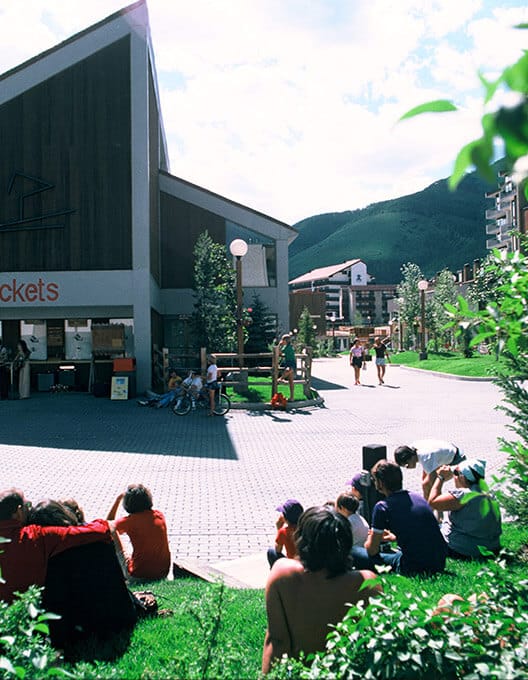 A Year Round Destination

During the early 1980s, the area blossomed as a year-round resort. Golf courses were laid out, and mountain-biking trails were added; gondolas and chairlifts began transporting sightseers instead of skiers; hot-air balloon rallies, tennis tournaments and concerts featuring everything from chamber music to rock became part of the Vail summer scene. 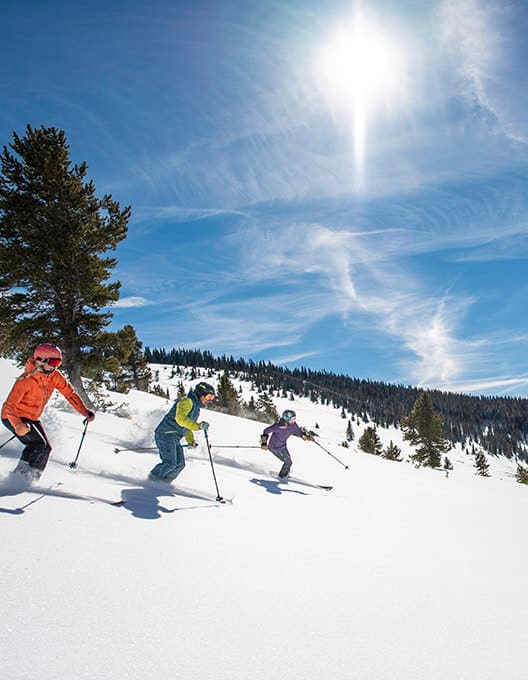 In the 1990s, a managed growth pact between the Town of Vail, Vail Resorts and U.S. Forest Service preceded the opening of Blue Sky Basin, which added 645 acres of additional skiable terrain on Vail Mountain. The agreement served as the catalyst for the construction of roundabouts to improve the town’s carrying capacity as well as other initiatives, including the pursuit of affordable housing and open space protections to improve the quality of life and quality of experience for residents and guests.

Today, in elevating Vail’s leadership position as the Premier International Mountain Resort Community, Vail proudly joined Beaver Creek in hosting the 2015 FIS Alpine World Ski Championships and has become the new home to the Burton US Open Snowboard Championships. In addition, a $100 million expansion of Vail Valley Medical Center is set to begin, which will ensure the continued delivery of exceptional medical care in the community. Vail is also poised to pursue a series of sustainability initiatives to significantly reduce its carbon footprint by the year 2020 with messages of inspiration and embrace through its “Love Vail” campaign.