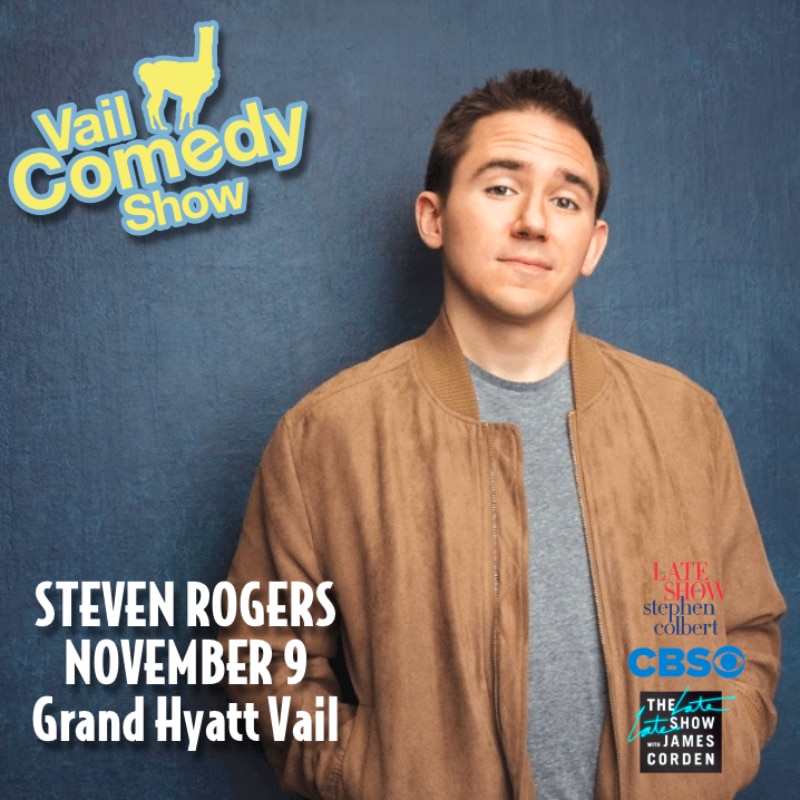 SPECIAL SHOW IN CASCADE VILLAGE A SHORT BUS RIDE FROM VAIL VILLAGE.  This special event at Grand Hyatt Vail in Vail, Colorado will have Steven Rogers!

Vail Comedy Show (www.vailcomedyshow.com) has been described as “amazing”, “hilarious”, “surprisingly good”, and “a fun and different experience”.  We fly in nationally touring comedians every month that have been featured in film and television like Late Night with Stephen Colbert on CBS, CONAN, HBO, Comedy Central, NBC and more.

One happy attendee said “Vail Comedy Show blew away my expectations! My stomach and face hurt from laughing.”