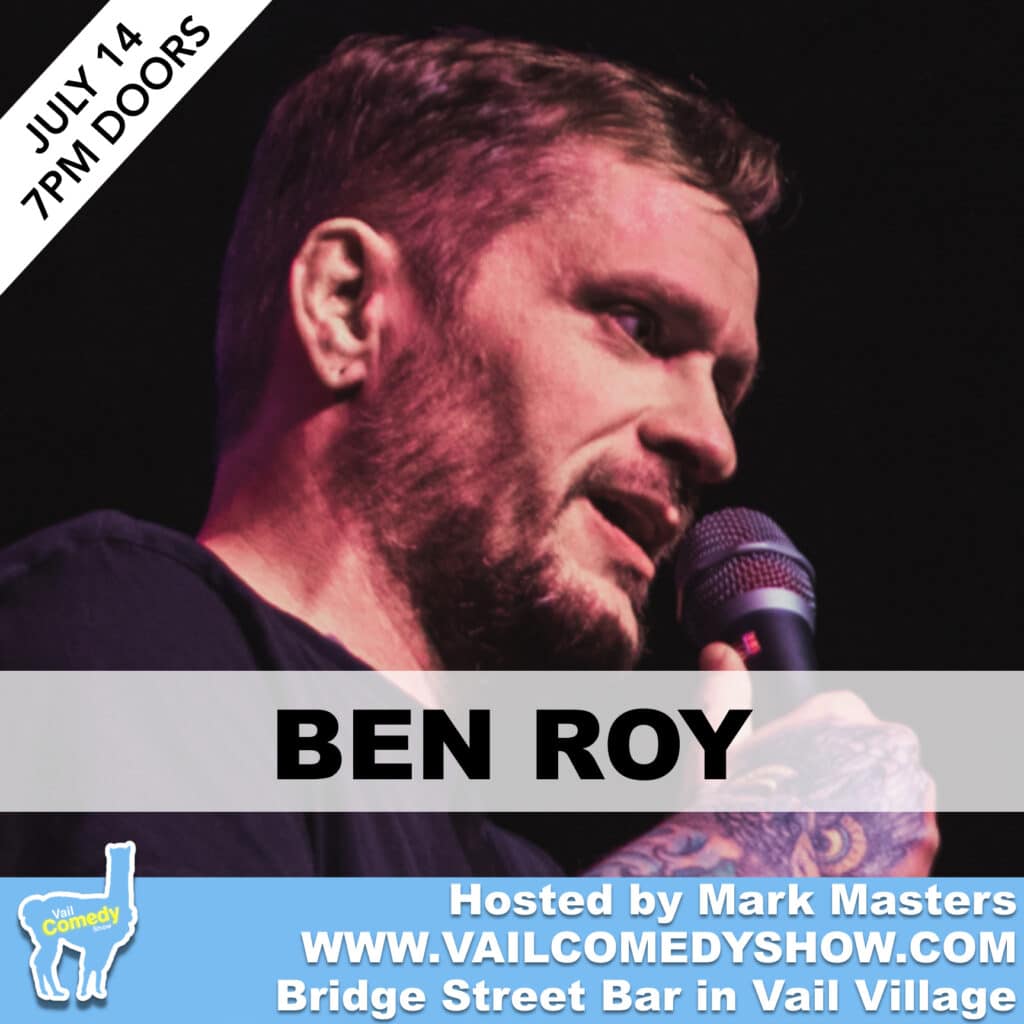 The Vail Comedy Show brings nationally touring comedians to Vail that have been featured in film and television like Late Night with Stephen Colbert on CBS, CONAN, HBO, Comedy Central, NBC and more.  This month’s show headliner is: