The Ute Indians were the first to settle in the Vail Valley in search of a better life. Living off the land, the Utes knew a good thing when they landed in this fertile valley surrounded by majestic peaks. Of course, that was long before it was called Vail, the dream mountain destination for people from around the world.

Today, visitors young and old alike flock to Vail seeking a fun haven from their daily routines. What they find is a magnificent playground of endless adventure, relaxation and rejuvenation. This is why they come back again and again, and sometimes never leave.

“Welcome to Vail,” Pete Seibert and Earl Eaton, the co-founders of Vail would say in joyful unison, posthumously.

Seibert, who had a dream to own a ski resort from the time he was 12 years old, partnered with Earl Eaton, a local rancher and skier, after he returned from serving in the 10th Mountain Division in WWII. Knowing his friend’s quest, Eaton led Seibert up to the top of what seemed like an insignificant mountain – a literal blank spot on the map of Colorado at the time. Earl knew what he was doing though. “Wait for it,” he said, smiling to himself. He knew what was on the other side.

This infamous hike happened on March 19, 1957. The snowy uphill climb took seven long hours to complete. Once they finally summited, they gazed in awe at Vail’s legendary Back Bowls. Seibert declared, “We’ve climbed all the way up to heaven.” 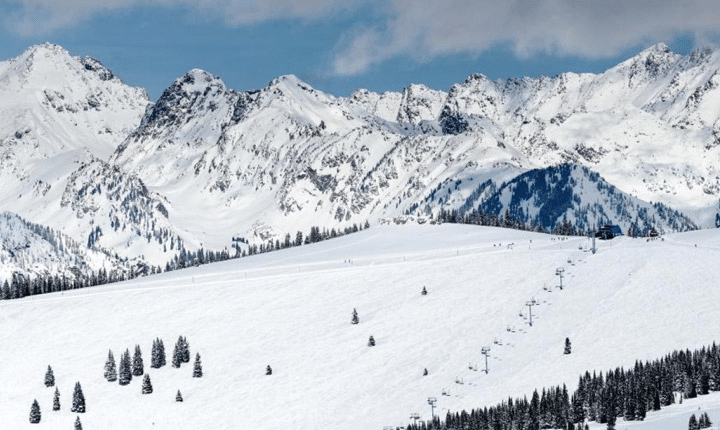 Inspired and amazed by the treeless bowls, bountiful powder and magnificent vistas, Seibert knew this was IT. This revelation motivated him to recruit investors, buy a parcel of land, and welcome excited skiers on December 15, 1962, to Vail. Lift tickets on opening day were $5, however few were sold due to lack of snow. But before long, Vail’s reputation as a great ski resort in 1963 resulted in its skiable terrain tripling in size. Needless to say, lift tickets were now being sold. 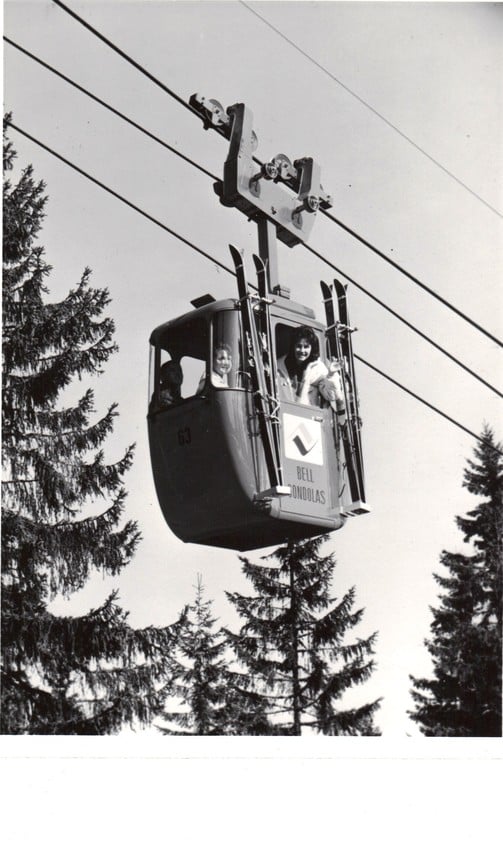 The secret was out about the breathtaking Back Bowls, and serious skiers wanted to see for themselves what all the hype was about. That same Vail vibe is alive and well today, 60 years later. By 1967, Lionshead and Golden Peak flanked the heartbeat of Vail, known as Vail Village.  Faithfully following the master plan, Seibert and his team guided the development of the Tyrolean-style village with cobblestone pedestrian-only streets, a clock tower and footbridges. 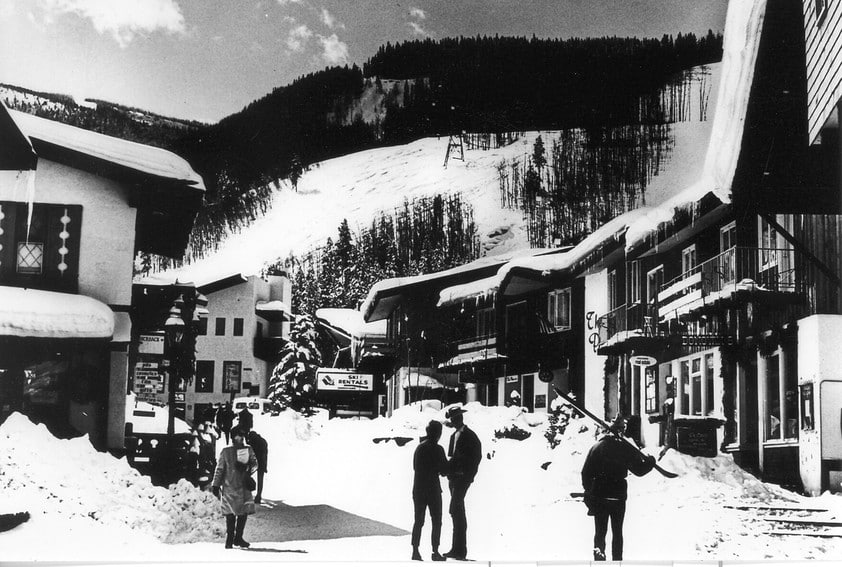 Because of Pete and Earl’s vision and perseverance, we’re celebrating Vail’s 60th birthday this winter. Thank you, Pete and Earl, for climbing Vail Mountain in 1957 and working tirelessly to create one of the best, biggest and most spectacular ski resorts in the world. Few ski resorts rival her badassery; Vail is truly queen of the mountain resorts.

And when royalty turns a significant age, it is time to PARTY. Yes, let the birthday bash begin! In fact, it already started on November 11 when the lifts started turning on the first day of this celebratory 2022-23 ski season. Everyone is invited. All. Season. Long. 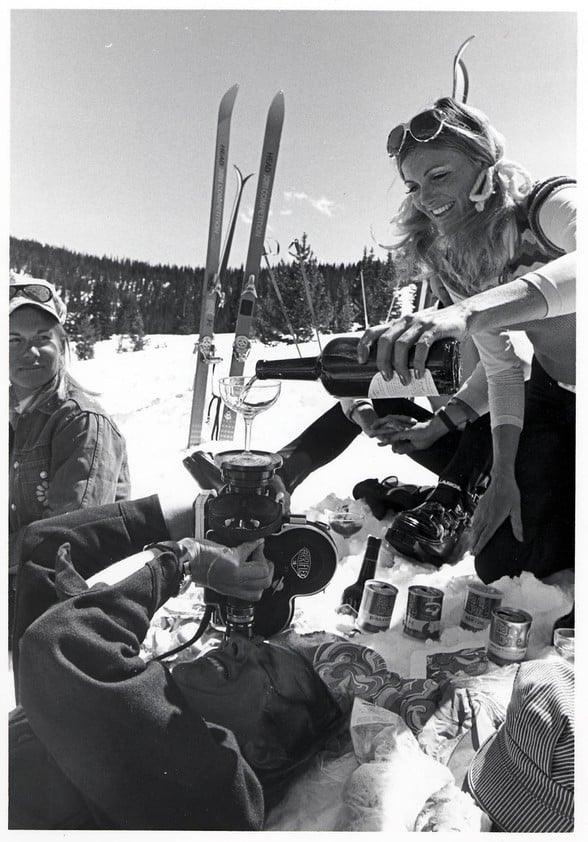 A little trivia before joining the shindig. Vail is named after a former chief engineer of the Colorado Highway Department, Charles D. Vail. Yep, that’s right. Vail is named after a brainy guy who designed highways. What? Sports Illustrated reporter William Oscar Johnson believed (and rightly so) Vail should have had a different name and wrote about it in A Vision Fulfilled” in January 20, 1989:

“If anything, it should have been named Mount St. Peter, or Ski Seibert, or Pete’s Peak, for no one did more to force Vail into existence and then push it into prominence than Seibert.”

Alas, Johnson’s suggestion was a few years late and the name “Vail” stuck. Vail is now a word synonymous with sophistication, adventure, leisure and world-class hospitality.

How best to celebrate all this awesomeness? Well, we think skiing and riding, imbibing and dancing are in order! Vail Mountain is resurrecting the Ice Bar from the 1963-64 season with two prime locations at Wildwood and the top of Eagle’s Nest. Sip some 10th Mountain whisky named after the golden retriever Henry, Vail’s first Ski Patrol dog, who passed away a few weeks ago. Toast to the powder in Pete’s and Earl’s Bowls in Blue Sky Basin and then head down to the village where the street party awaits. 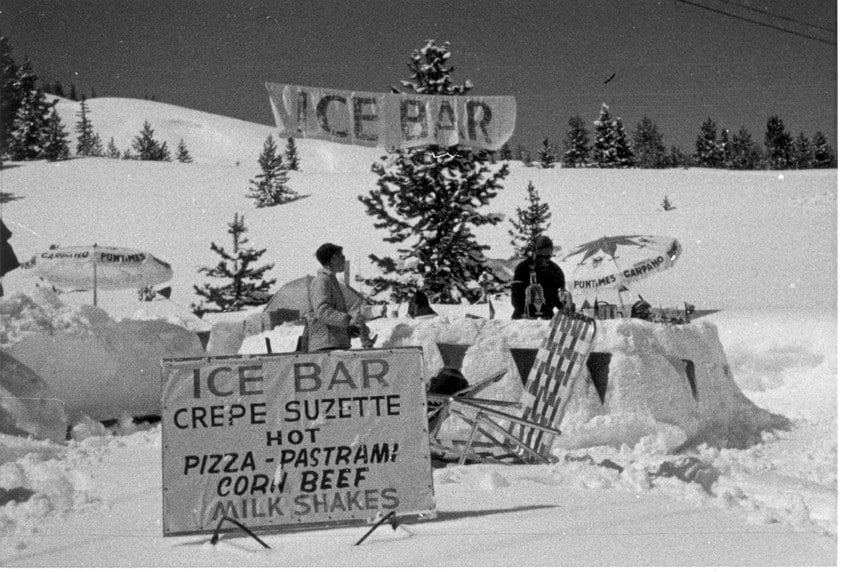 The Vail Après Village Concerts will take place at Checkpoint Charlie in Vail Village and feature a lineup that will encourage visitors and locals alike to shake and shimmy in celebration. The champagne will be flowing, the music will be inspiring and the skiing, as always, will be phenomenal. And we know that Pete and Earl will be dancing with us in spirit too. To Mount St. Peter – Cheers!

Mark your calendars for the Vail Après Village Concerts, beginning over the Thanksgiving holiday weekend. Bring your party vibe for this awesome lineup of live music below: 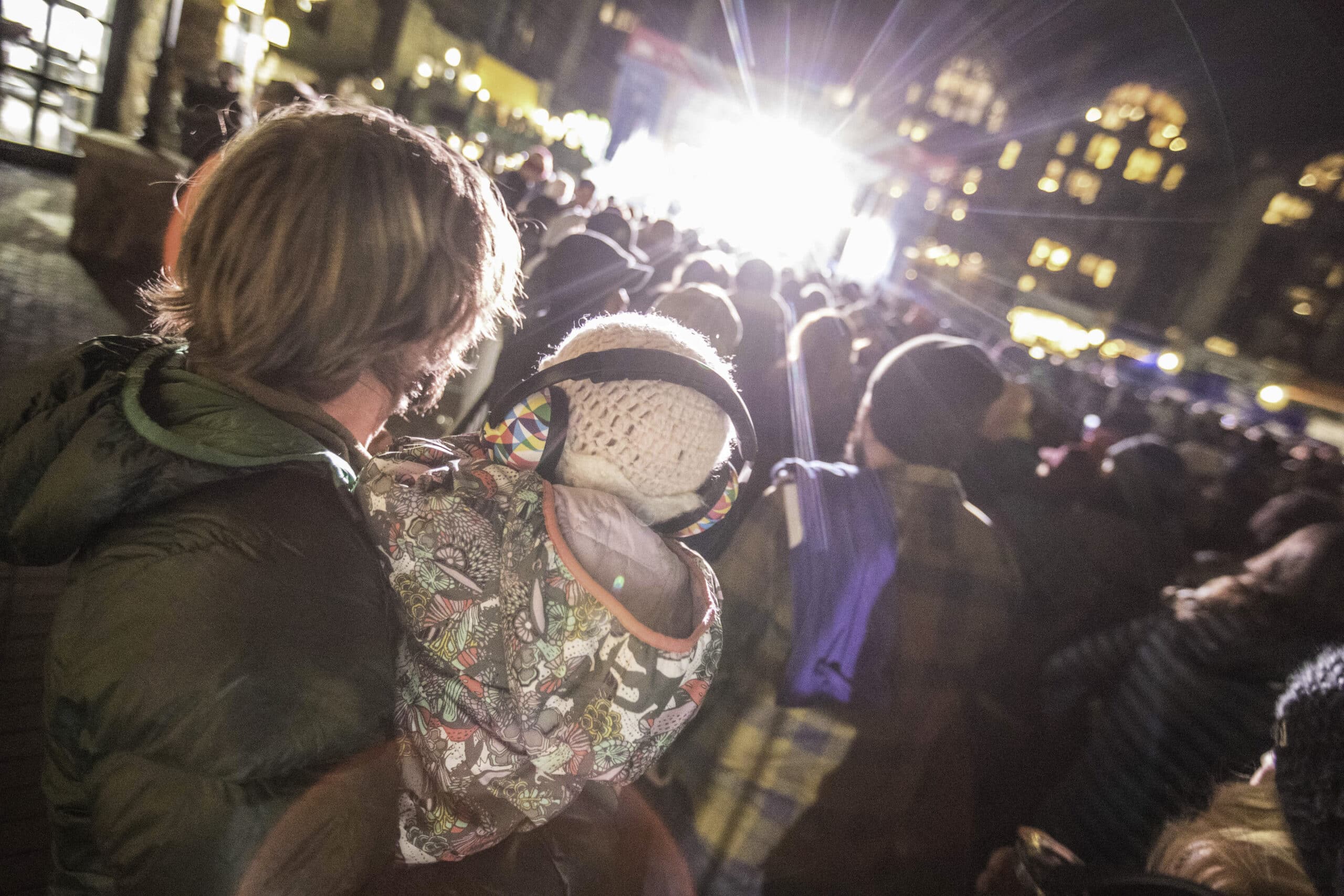 3 – 6 pm, Float Like a Buffalo and Johnny Schleper Band

Lionshead Tree Lighting at 6 pm in Sunbird Park with Santa and the Fabulous Femmes. Following the tree lighting ceremony, catch a free exhibition of world champion figure skaters in a special Ice Skating Show at the Solaris outdoor ice rink.

See you in Vail!

10 Ways to Enjoy the Holidays in Vail

How to Vail: A Beginner’s Guide to Winter Fun

6 Reasons Why You Should Visit Vail Early Season